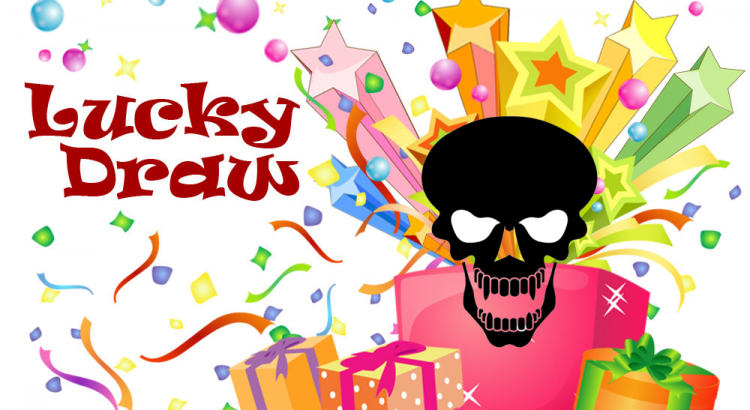 Warning: the application of the method described in this article is very likely illegal and unethically for sure. The purpose of this article is to show how weakly protected online lucky draws are easy target for exploits, the possible consequences for the company who runs these draws and strategies against this. So kids: don’t do that at home and developers: do better!

Last night I’ve got a bunch of codes for a lucky draw when buying a pack of chewing gum. I have to admit that these lucky draws somehow attract me: What are the prizes? What are the odds? Will I win the jackpot this time? And: any chance to – let’s say – increase my odds a little?

A common schema for these online lucky draws is:

After dinner – good consumer as I am – I opened the website, entered a code, my name and email address. Then I’ve entered a few more codes and recognized that the validation of the codes was nearly instant. Out of curiosity I opened the network inspector of my browser, entered a random code and got this:

You give me a API endpoint with the code as ID and a 404 response on an invalid code? Hm, that should make things easy… (I can’t tell why but these are the moments where something in my brain clicks and I transform from Dr. Jekyll to Mr. Hyde.) Note that there’s nothing wrong with the implementation in my opinion. It just makes it a very quick thing to code a “valid codes extractor”. (The real problem is something else. I’ll come to that in a minute.)

We have a 6 character code, containing uppercase letters and numbers. That gives us 26 + 10 = 36 possible characters and 36^6 possible combinations. 2’176’782’336 may look like a big number but in times of fast computers and internet connections a brute-force attack would have quite a chance of success here. We probably won’t be able to get all valid codes but at least a bunch of them if they (the developers) didn’t add protection.

Half an hour later I had the first version of my little Javascript and was ready to roll.
Scanning 1000 possible codes gave me 8 potentially valid codes. Network view and the console didn’t show any sights of errors (besides the 404s) or blocking. Took one of the codes, entered on the website, worked! No sights of protection against my mini request flood. I was able to check ~30 codes/sec and got 0.45 valid codes/sec. Which would give me ~1600 valid codes/hour. Compared with the estimated total of ~32 mio valid codes that isn’t much but at least something which can help to increase my odds of winning.

One may argue that such an ‘attack’ is really easy to spot and yes it is but the issue I see is not so much about the one who tries to get and use the codes but the reputation risk for the company when other participants of the lucky draw get a “Code already used error”. I’m not saying that’s impossible to clean-up the mess (appropriate logging given) but this will cost the company time and money for sure. That’s the other risk.

So what to do to prevent such a case or to be able to recover from it?

Finally, the script (single HTML page with some JavaScript) here.
Nothing fancy. Didn’t bother to make it much flexible (e.g. use recursion). It’s not the point anyways. Note that while script is running only Firefox will show any output.

May the luckiest win…